I think this is coincide with the principle of Seperation of Concerns(SoC) Principle in software design. And this is what I utmost want to emphasize in this post. Let’s assume that you are working on food delivery service project with others. And one developer on your team issued on github that “Now I’m going to fix whole delivery system” and let’s assume that these delivery system code affects on all other sub-servcies code, like UserManagement, StockManagement. Then whenever other developers are trying to fix those sub-services, the codes will broken because the developer who works on whole delivery system will mass up whole of your codes. And I think this is one of most irritating situation. Works on smaller feature first which do not affact on others parts, then integrate with others.

Issue on github which feature I’m going to working on

But code should be large enough to express functional unit

For example, someone pull requested with this single struct 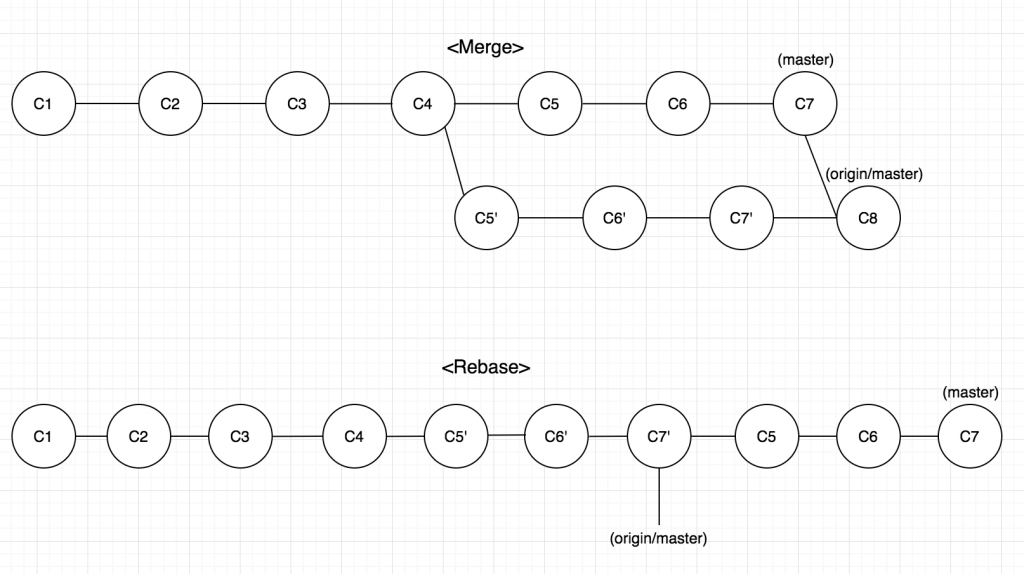 Our team makes conventions one of which is not to make unnecessary commit and this can be the cause of reject of pull request.
To remove unnecessary commits, git commit --amend is the way. Let’s assume that you made a commit with message “add command handler”, then you find out that you forgot to add some pieces of codes, of course by mistake. But this fixes are too small to make another commit. Then you can use --amend options. You just need to type git commit --amend then the codes that you commited and the codes that you fixes are now in one commit with message “add command handler”.

You got a feedback from pull request that you may need to combine two commits into one that you pull requested. Because other can think the second commit is unnecessary. Then you can use git reset in the local.

Let’s this is the commits you made. In this situation, you need to combine Unnecessary commit into Some commit. Then you can use git reset --soft HEAD~1, with this you reset the recent one commit and those codes you made in Unnecessary commit are unstaged. Your team feedbacks you combine two commits so now you git add . and git commit --amend. Then your commits looks like this.